The Lore of Elsword: Lore 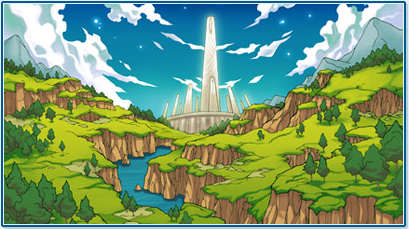 Long ago, there was a continent of void and darkness.

The soil was barren, stormy seas and wild disasters were everywhere, and the land itself was a barren wasteland. The continent has been called many names, "The Abandoned Country" or "God's Disaster". Gruesome legends grew around this desolate place and the people avoided the land at all costs.

One day, however, began a miraculous transformation. The land was cultivated, plants everywhere began to sprout, the seas calmed, the storm was a gentle breeze, and life returned to the continent.

There was a huge gem in the midst of the miracle that shone so bright that it defeated the darkness. The people were surprised at the strength of this stone and wondered what it even was. Fascinated, they gave the blue diamond a name: They called the gem the El Stone.

Several generations passed and the dark past of the continent became a legend which was long forgotten. Plants flourished, the ground gave rich harvests, and gave people a carefree life. They no longer called this continent "The Land Abandoned by God" but instead, it was called Elrios.