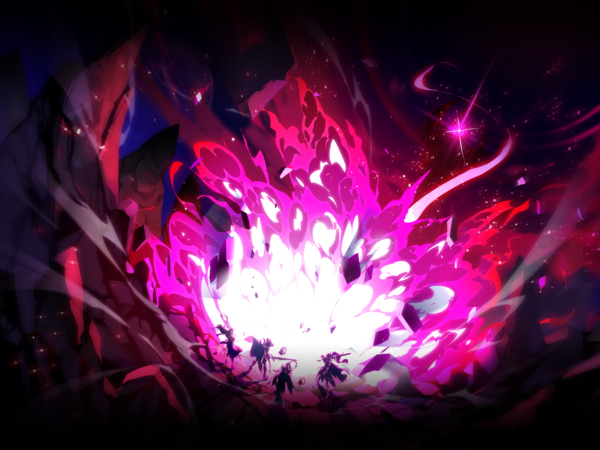 Description
With the spirit's guidance, the source of the eerie aura was easily found.
Recommended Level
99
Required Combat Power 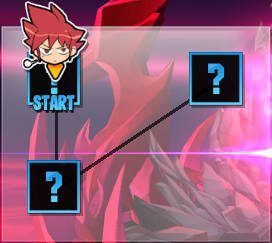 At the foot of the tower, players fight on a large ringed shaped map with four Remnant of Crimson Calamity, each with a unique sigil carved on their forehead. Players must fight and defeat all four of these beasts within a short span of each other. Failure to do so will have the defeated head reviving itself with full health. A UI will be added at the top of the screen indicating the HP of all four dragons, each HP orb marked with each dragon's corresponding sigil.

After defeating the first phase, the ground will collapse and players will find themselves in a subterranean chamber with a mysterious looking scythe. The weapon will move on its own, wielded by a materialized apparition, defeat the Crimson Soul.

The Remnant of Crimson Calamity have now wrapped themselves around the exterior of the tower. Ascend the tower and defeat the four dragon heads once more much much like in Phase 1, however their orientation is no longer a simple circle, but along the tall linear tower. During this phase, the Crimson Soul will also try to interfere.