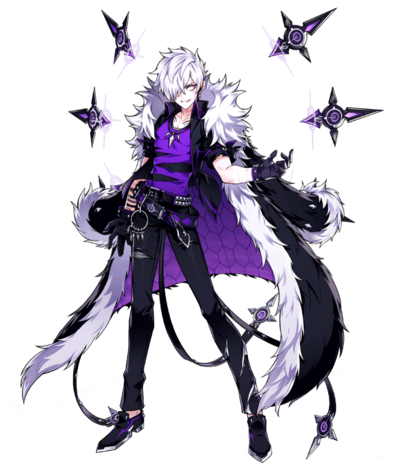 [Embodiment of Destruction, one to overcome laws of physics]

The ultimate embodiment of destruction that defies the laws of physics.

In search for ultimate power, Add discovers power that defies the laws of physics.

To overcome his limit of having to rely on tools and resources, Add fuses himself with the Nasod Armor for ultimate power.

"Challenge me if you dare. You morons will find yourself reduced to mere particles…! Kuhahaha!!"

The ultimate embodiment of destruction that ignores the laws of physics. A job path that fully integrates the Nasod Armor to overcome human limitation.

An obsession to pursue power that will ensure victory in every situation led to Add achieving ultimate power that defies the laws of physics.

"I merely destroy... with absolute power!!"

There are limits to power that relies on resources and tools. To overcome all known weaknesses, Add continues his research until he decided to fuse himself with the Nasod Armor.

will change your job to Doom Bringer.

After unlocking 3rd Job, upon reaching Rigomor, you will be able to unlock the Master Class. To receive the quest, click on the notification located below the map select.
Master Class can also be obtained by using the Cash Shop item: Mark of Awakening (Doom Bringer)