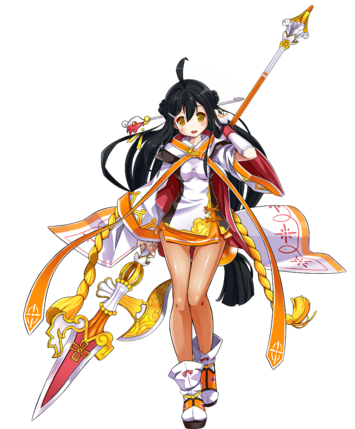 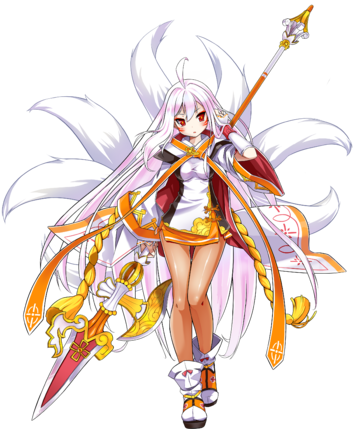 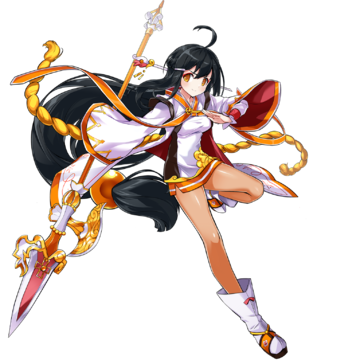 [A warrior that delivers the judgement of heaven to all evil-doers.]

A defender of justice that punishes evil with her spear.

As Ara encounters more and more malicious people, she realizes that the tragedies that happened to her could happen to other people as well.

Unless someone punishes all evil, true peace will never be achieved.

Ara now acts as the keeper of peace and defender of justice that punishes all evil, which grants her the title Sakra Devanam from the people she helped.

will change your job to Sakra Devanam.

Camilla's Secret Manual (Advanced) is needed to unlock this skill, available through the Advanced Training Skill Quest or Item Mall.

Camilla's Secret Manual (Expert) is needed to unlock this skill, available through the Expert Training Skill Quest or Item Mall.

Forbidden Secret Manual (I) is needed to unlock this skill, available through the Sealed Power Skill Quest or Item Mall.

Forbidden Secret Manual (II) is needed to unlock this skill, available through the Power of Transcendence Skill Quest or Item Mall.