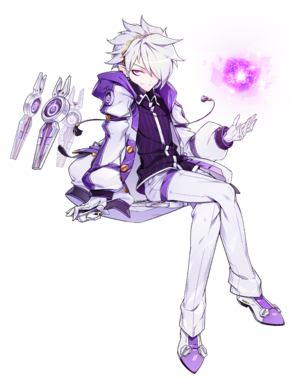 A mad scientist that transforms his dynamos to utilize in a systematic way.

After realizing that it won't be easy to go back in time, Add begins to think of more strategic ways to operate his Dynamo.

He finds a 'High-Technology' plan that allows his tools to executes his thoughts and will, and starts developing 'Transform' technology.

will change your job to Arc Tracer.

Upon reaching Lv. 35, an Arc Tracer can job advance to a Mastermind.