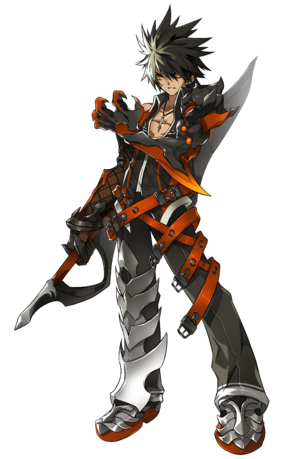 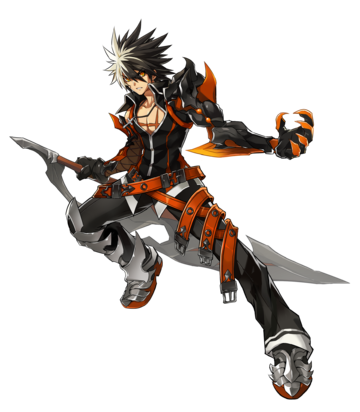 If you have a goal, you throw everything you have to achieve it.

Raven learns to control his Nasod Arm making that volatile power his own, because he understands that power is what will allow him to protect things that are important to him.

He is a warrior that channel his rage to completely mutilate his enemies with explosive and violent power at the cost of his own well-being.

"If you have a goal you want to achieve, you can achieve it without making it complicated, just throw everything away and make it happen."

Without being self-depreciating about the power of the Nasod Hand that was given to him, with a clear conviction, he makes peace with the fact that the wild violence of the Nasod Hand will be his own. "Reckless Fist" does not look away from what needs to be protected or destroyed, even if he falls to ruins using more violent and explosive attack power to thoroughly destroy the target.

A cold-hearted warrior with cruelty and ruthlessness that makes it impossible for the enemy to rise again.

will change your job to Reckless Fist.