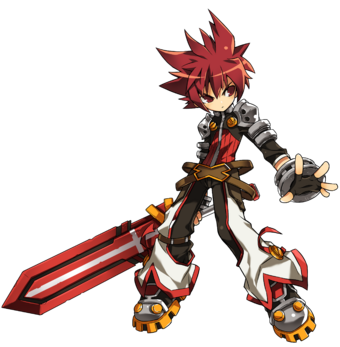 [A swordsman who is a Velder Kingdom Knight]

Just like his sister who wielded her sword to protect the kingdom, Elsword also rose to the occasion and pledged to fight all evil as a protector of the kingdom.

As a Sword Knight, an elite knight of Velder, he yields to no threat that stands before him!

will change your job to Sword Knight.

Upon reaching Lv. 35, a Sword Knight can job advance to a Lord Knight.