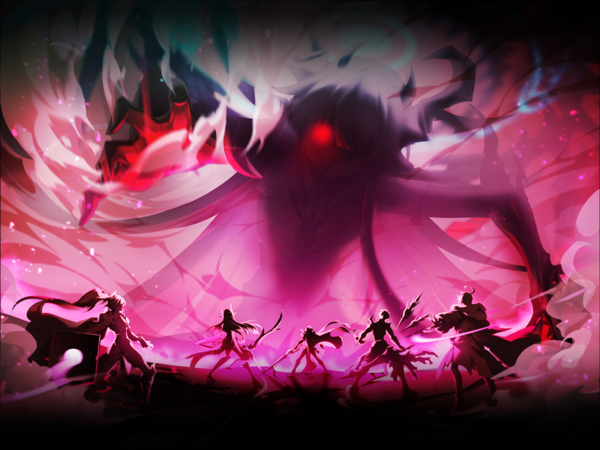 Description
An area opened up at the center of the tower, blood red, and hollow.
Recommended Level
99
Required Combat Power

The initial shell housing the corrupted Master of Fire. A colossal boss in a similar bane to Eltrion, with equally powerful attack that take full advantage of the stage. Large shells will travel across the map and act as obstacles. Most notably, Rosso in later portions of the fight is capable of destroying portions of the stage itself.

Out of the rubble of his shell, a half corrupted Rosso will appear, brandishing his scythe, he enters battle in much a similar style to his weapon in previous dungeons.

The corruption afflicted on Rosso has taken complete control over the Master of Fire. This form, at his absolute peak of power, takes advantage of nearly all the gimmicks leading up to this fight. The boss will regenerate HP if it is able to defeat a player or if players are too far away from it.