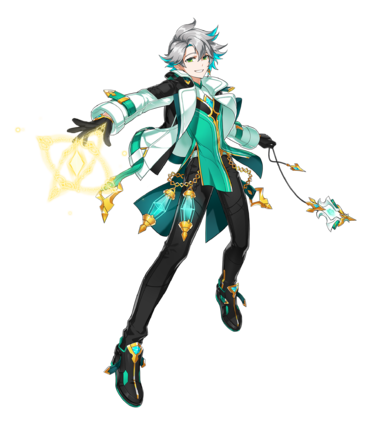 The one who uses both the power of god and the El energy harmoniously.

As he encounters life-threatening situation with the El Search Party, Ain feels El energy surround him, allowing him to form new power by combining his own power of god and the El energy that surrounds him.

will change your job to Lofty: Anpassen.

Upon reaching Lv. 35, a Lofty: Anpassen can job advance to an Erbluhen Emotion.