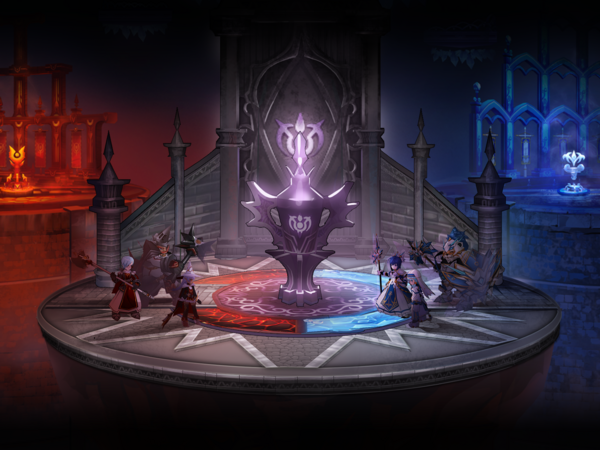 Description
A place where the 'Red Knights' of Velder and 'Guardian Knights' of Hamel fight till their heart's content.

It was said that they both compete to promote unity and development, but in actual fact they compete because of the hidden artifacts in the island and both kingdoms fight for it. The island battle was hidden with a mysterious force but now the mysterious land known as Ereda Island has appeared in the eyes of everyone.

Arena: Each Team will start from their team's Starting Room and will exit into the battlefield which consists of three different rooms.

Objective: The objective of the match is to have control of both Base Rooms at any given time.

Goal: In order to be victorious you must fill your team's gauge to 100% or have the higher score at the end of the 10 minute match.
Training: You can practice Ereda Island in Training Mode.

The maximum amount of Warrior's Medal you can get in a match is 12.

You can acquire Battlefield ranking by Winning/Losing in Ereda Island(E ~ SSS Rank).
The amount of Rank points gained and lost per match increases for more frequent change in rank. 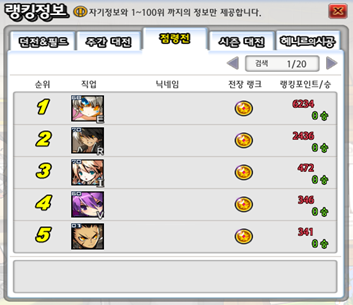 In Conquest, there is a highest rank called the "Star Rank".