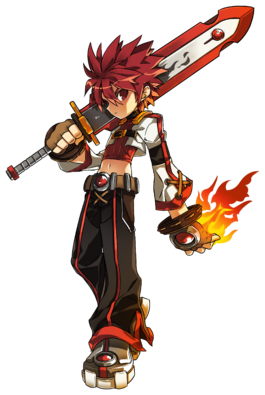 [A swordsman with magical powers]

A swordsman that uses both his sword and magic to fight.

Elsword realizes he has natural talent in using fire magic and decides to incorporate that talent to use as support.

Not many people are capable of becoming a magic knight, as they need inherent understanding of magic and great sword technique.

With his new skill in fire magic, Elsword is able to control fire magic and project sword illusions, enabling him to use a variety of tactics.

will change your job to Magic Knight.

Upon reaching Lv. 35, a Magic Knight can job advance to a Rune Slayer.

.
Thinking Outside the Box