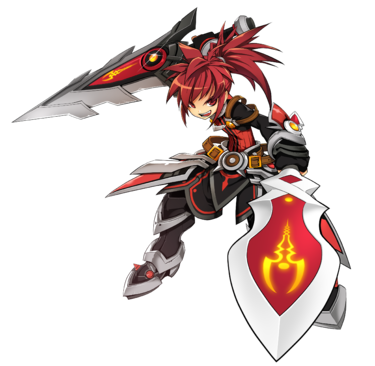 A swordsman that uses multiple swords simultaneously to slash through enemies instantly.

Elsword uses a magical sheath called 'Conwell' that can summon swords at anytime.

He utilizes various techniques to dominate his enemies, ranging from the more traditional two sword techniques to using his multiple summoned swords.

The knight of pragmatic tactics, using both hands to rapidly swing his blades together and defeat the enemy.

He put his goal of winning above all else, and thinks it's too much of a luxury to focus only on one limited sword tactic. With the power of Conwell's contract, he can respond to any situation with the materialization of swords.

will change your job to Sheath Knight.

Upon reaching Lv. 35, a Sheath Knight can job advance to an Infinity Sword.