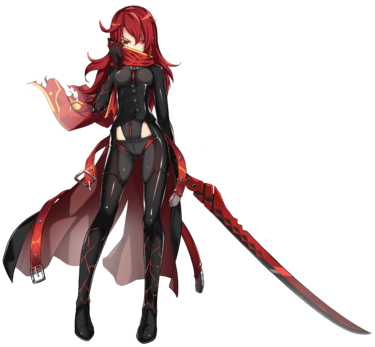 [A dark swordsman following her own justice.]

Some of this path skills are affected by Blood Hit. Blood Hit will drain a percentage of a skill's damage from your HP to vastly increase the skill's damage.

A dark swordsman following her own justice.

When Elesis realizes that she can't make everyone understand her justice, she decides to use a more hands on approach to persuade others even if it may go against her beliefs.

Elesis becomes the Dark Knight, to make her own justice a reality.

will change your job to Dark Knight.

Upon reaching Lv. 35, a Dark Knight can advance into a Crimson Avenger.