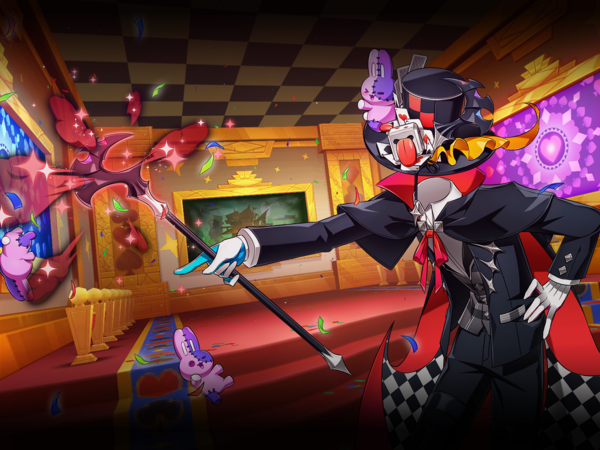 After defeating Mr. Hat (Mini Boss), the wheels on the background will spin to decide a random route.

Players must defeat several mobs hiding in the labyrinth. The stage contains moving platforms that can be used to access different areas of the map. You can only toggle them on and off via Commands and Active Skills.

Spawn in a chess minigame. Just like in the actual chess, players must defeat the King and the Queen to proceed. However, they cannot be hit if the Bishops are protecting them. Grab the red/green orbs flying around the board to then kill them and attract the minibosses' attention.

Teleport to an enormous carousel that will keep spinning. The players' objective is to kill all mobs, and then move to another level.