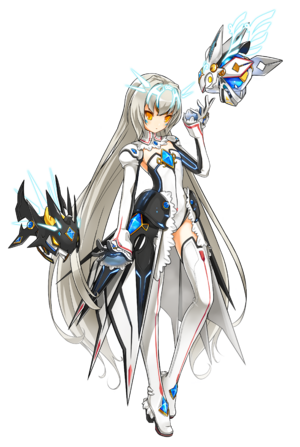 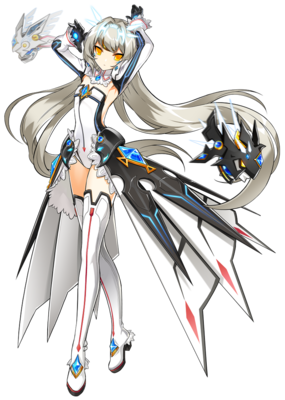 The Queen of Nasod, who disintergrate her enemies with blinding light.

Eve finds several codes embedded in King Nasod that wasn't in her programming and combines them with her own codes using Moonstone.

With this new code, Code: Battle Seraph, she becomes stronger, but her emotion control circuit malfunctions.

In the end, Eve decides to temporarily seal her emotion control circuit.

All this to rebuild the Nasod Kingdom...

will change your job to Code: Battle Seraph.