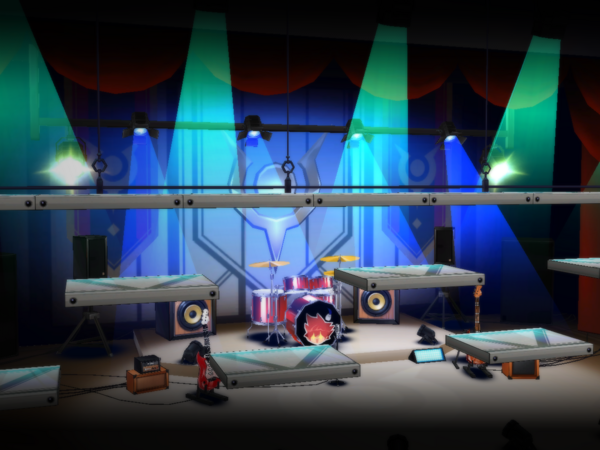 Do one of the following:

No one will listen to his music. Now the rebellious Phoru is wreaking havoc on stage! Stop his madness and reap the rewards!

Gain points by defeating the Note Monsters as they appear. The Note Monsters have varying strength: the blue ones are the weakest, the yellow ones are moderately strong, and the red ones are the strongest. The player has a 'Power of Music' buff, indicated by the image at the top center of the screen. There are eight levels of the buff, represented by each column of the image. As long as the column is partially lit, the buff level is obtained (as the columns have varying, fixed numbers of lights on for aesthetics). The player gains a 'Power of Music' buff level every 5 seconds. Higher buff levels are needed to defeat stronger Note Monster. Getting hit by a 'Soundwave' attack will decrease the 'Power of Music' buff by two levels, so be careful to not get hit by the soundwaves! Collecting potions will grant various perks and bonus points, so it is recommended to collect them!