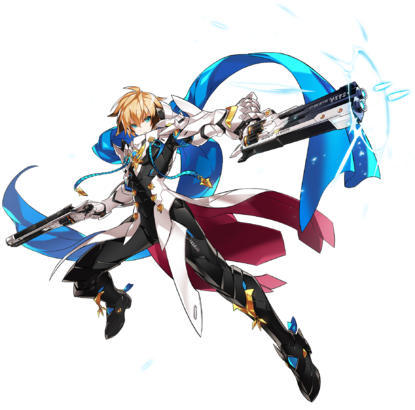 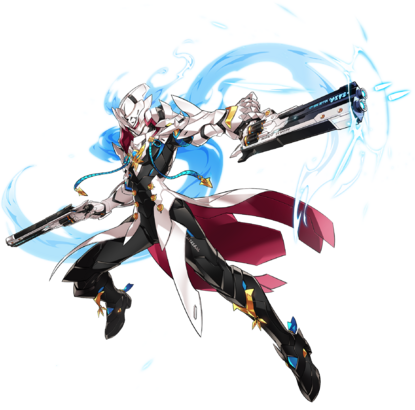 [A marksman who silently eliminates his enemies]

A marksman whose barrage of magic bullets takes down enemies in a swift but efficient manner.

Using the power of El and his knowledge from his travels, Chung succeeds in developing 'Phantom Shooters', guns with double barrels.

His training and experience has prepared both his mind and body to handle this volatile weapon.

He is befitting of the name 'Fatal Phantom', leaving no traces behind, instilling fear among his enemies.

A marksman whose barrage of magic bullets takes down enemies in a swift but efficient manner.

Chung's experiences made him even more skilled in using his silver shooters consistently and effectively. Upgrading his Silver Shooters to accommodate his needs allowed him to be able to shoot more bullets faster. The power of El together with the knowledge he gained from his travels allowed Chung to develop Phantom Shooters, guns with double barrels.

His training and experience has prepared both his mind and his body, enabling him to handle this volatile weapon.

"I won't hesitate to shoot them down!"

Chung is now capable of infiltrating enemy headquarters alone and instantly shooting down everyone inside. He leaves no traces behind and instills fear among his enemies, befitting the name, "Fatal Phantom".

will change your job to Fatal Phantom.

After unlocking 3rd Job, upon reaching Rigomor, you will be able to unlock the Master Class. To receive the quest, click on the notification located below the map select.
Master Class can also be obtained by using the Cash Shop item: Mark of Awakening (Fatal Phantom)