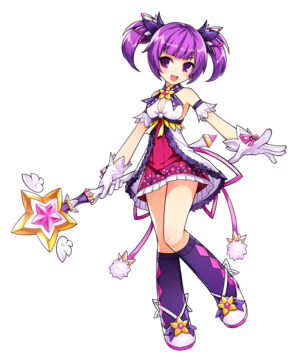 Using a magical pendant left by her master, she can amplify her magic immensely.

She uses this pendant to directly amplify her own magic rather than use elemental magic.

A battle magician is a close-combat-oriented wizard who uses melee magic to release her own magical power, not the power of elements such as fire or ice.

Although it cannot inflict damage far and wide compared to other elemental magic, it can transform into a state that can amplify magical power by using a magical pendant.

The Magical Pendant allows Aisha to continuously use magic spheres, not fireballs, and makes her martial arts and magic circles stronger.

will change your job to Battle Magician.

Upon reaching Lv. 35, a Battle Magician can job advance to a Dimension Witch.