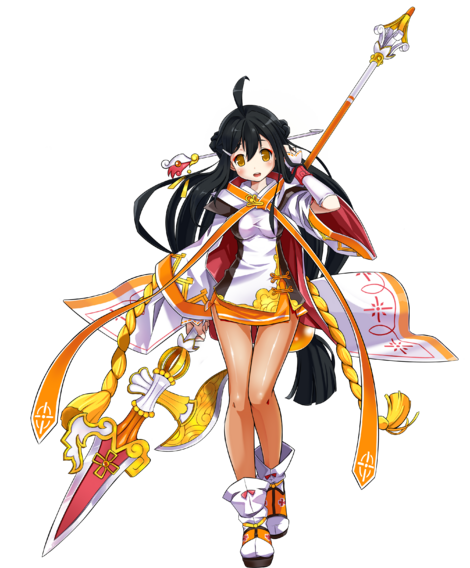 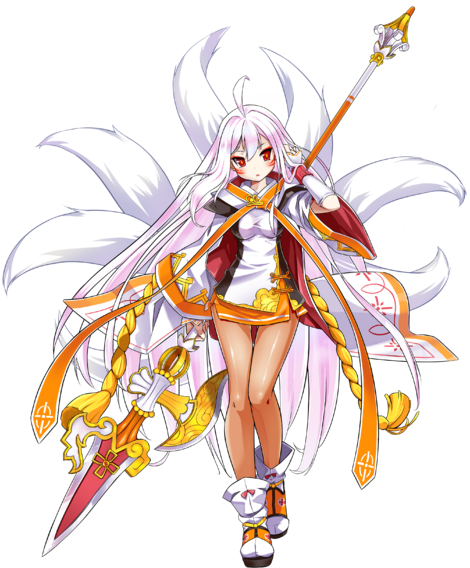 A Sakra Devanam's melee attacks will have a longer and wider range. She utilizes in ranged combat; Combined with the new aerial martial arts attacks she learns, she gets a higher advantage when fighting in the air. She also gains a mastery of another secret art, called the Secret Tiger Art: Fierce Tiger. This new secret art allows Ara to execute a relentless barrage of attacks.

After fighting the army of Demons powered by the Dark El in Feita, Ara has obtained a large amount of experience and came to a realization. She learns that even the most kind-hearted people can turn evil, and will eventually depend on evil forces. Believing that her brother had been inflicted by the same curse and temptation, Ara set forth looking for her brother and sought for the path of justice by punishing the demons, demoting evil and promoting good. When Lento took notice of Ara abilities and conviction, he tells her:

“Ara, I've been to 'Fahrmann' before, and there exists titled and skilled martial artists. Your bravery has inspired all of the soldiers in Feita. We would like to give you the name, 'Sakra Devanam', the legendary god that ruled the heavens. I hope you become a divine judge like the fair heavens and go destroy the demons. We wish you good luck in the search of your brother."

Henceforth, Ara, using the name Sakra Devanam, acted as the Punisher of Shadows and puts all her effort in fighting the monsters in Hamel and purifying the Dark El while continuing to blaze on the trials ahead in hopes of finding her brother.

At Lv35, Little Hsien can advance into Sakra Devanam. The second class advancement quest is obtained from Ariel, the event NPC located in every town.
Sakra Devanam can also be obtained by using the Cash Shop item: Sakra Devanam's Oath