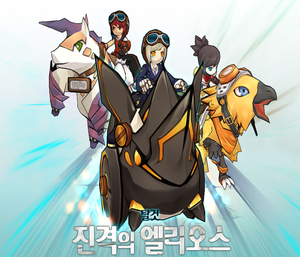 The mount system allows you to hop onto powerful mounts that you can ride to help you progress through dungeons.

How to Acquire a Mount

Formerly, mounts were obtainable from Fossil Readers, which behaved similarly to Ice Burners, and yielded similar rewards, with pets and mounts instead of costumes. After the removal of Fossil Readers, mounts are now exclusively obtained from the Item Mall and events, or by trading them with other players. The cost to purchase a mount from the Item Mall is 2,390 K-Ching (NA).

How to use Mounts

To begin using mounts, you must acquire the Summon Stone item of the mount of your choice, then right-click it to add it to your mount list. Once added, you can access your mount list through your pet interface by clicking on the "Mount" tab. Here you can check your mounts stats, abilities, and stamina. To get on your mount, select the mount and click 'Ride', and subsequently press 'Get Off' to dismount. Alternatively, you can mount/dismount quickly by right-clicking the mount on your mount list, or using the [G] key. Mounts can be used in fields, and inside of normal and secret dungeons. 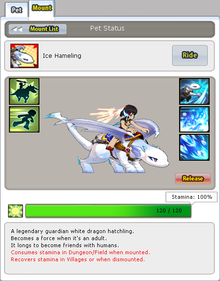 Whilst using a mount in battle, the mounts stamina bar will decrease over time.

Once your mount's stamina reaches 0%, you will automatically dismount, and you will temporarily be unable to mount it again until it regains a sufficient amount of stamina. 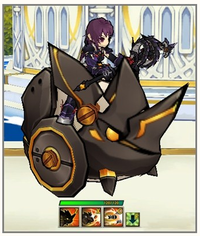 A player riding a mount, with Mount Skills shown

Mounts come with a number of unique features and abilities to aid you in combat. While riding your mount, your skills will change into Mount Attack Skills. Each Mount has a different set of skills available, and they can be used by pressing the [Z], [X], [C] buttons. Each mount controls and moves differently, and has their own individual perks. One such example, is that the Cockatrice can double jump while the Ponggo Scorpion TYPE-R is able to air-dash and glide.


In addition, all mounts give you the following buffs while mounted:

Below is an overview of every mount in the game across all servers, featuring their respective summon stone icon. Do note that some mounts are exclusive to the KR server. To see each mount's individual stats and abilities, please refer to the Mounts Skill Information below. Mounts that aren't listed here, such as the Halloween Hameling, were exclusively used in event dungeons, and therefor have no summon stone, and cannot be acquired.