For the costume set by the same name, see ELSTAR (Costume Set) and ELSTAR (Switch Ver.). 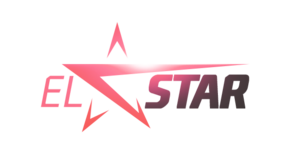 PROJECT EL★STAR is an event that took place between April 2019 and January 2020. This event reimagines the main cast of the game into Korean idol groups.

In May 2019, dal.komm Coffee, a South Korean cafe chain, partnered with Elsword to promote the PROJECT EL★STAR event.[1] Patrons were able to purchase special merchandise at participating stores, such as coasters featuring each EL★STAR idol and straw holders and mugs featuring the Hedgehog (El Search Party version) pets.[2]

Fan meetings were held at certain locations, such as dal.komm Coffee and Nexon's Korean headquarters, where fans could meet with each of the EL★STAR groups.[3]

On January 18, 2020, a concert was held in Seoul, South Korea to mark the end of the PROJECT EL★STAR event. The concert included performances of the four EL★STAR groups and their singles along with remixed performances of four older songs.