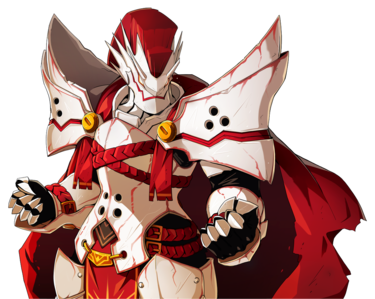 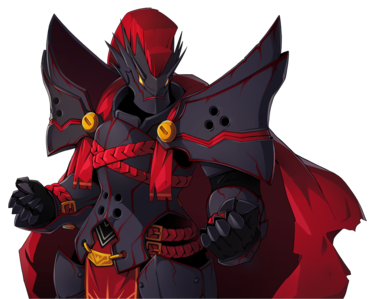 Chung's father and Hamel's White Colossus. One of Hamel's most respected warriors. During the invasion of the demons, he was corrupted and his armor turned black. His conversion meant a great loss for the Hamel forces.

When Helputt was a child, he, much like his son, was a sickly child. However, he desired to be strong and despite his weakness and his inability to keep up with the children around him, he kept trying to be strong. He trained his way to become "Hamel's White Colossus". He rose up and became the commander of Hamel's defenses and one of the city's most respected figures, as well as the heir to the Seiker family.

Heir to the Seiker Family

Before Chung was born, Helputt faced one major complication: he had no heirs. For some time, he was unable to have a child to which the Seiker lineage would be passed down to. It wasn't until eventually his son Prince was born. His son was weak and frail so Helputt held off giving his son the guardian stone. Although the child was frail and sickly for much of his early life, Helputt did not give up on the young Prince or himself. When his son was sick, Helputt would tell his son stories and stand by his bedside, calling him by his nickname Chung.

Upon Chung's eighth birthday, Helputt decided to bestow the guardian stone to his son as a lesson of honor and his duty to protect Hamel. Helputt trained his son in their private training grounds, where he displayed a very different personality than he would elsewhere. Helputt became strict and pushed his son to his limits to bring out the guardian he knew was inside his son. However, Chung wasn't able to break those limits, leaving Helputt disappointing but the dedication he had in his son was unfazed. As the time for Chung to call forth his armor and weapon from the guardian stone came closer, Helputt decided to tell Chung a story about a sickly child, one who was weak and couldn't keep up with other children. The child continued to strive to become stronger no matter what happened and in the end, he became a proud guardian of Hamel. He reveals that this child was Helputt and this was his story. His story motivated Chung to never give up.

When the demons invaded Hamel, Helputt, as the Commander of Hamel's Defenses, was at the forefront defending Hamel. However, things would meet a grinding turn when Lord Rod Ross delivered a message to Helputt written by Ran. The letter detailed an ultimatum towards Helputt. Ran had control of the Guardian Stone and was going to take complete control over either Helputt or his son Chung. Unwilling to allow his son to suffer such a fate, Helputt reluctantly agreed to Ran's ultimatum and surrendered himself to the demons. Helputt disappeared from the battlefield without a trace and the missing hero dealted a hard blow to the morale of the Hamel military, even more so once he reappeared. The next time he was seen, he was clad in black armor and was fighting alongside the demons.

Helputt led the Demon army and stormed Resiam, where he slaughtered anybody who stood in his way and nearly killed his own son Chung. However, Chung managed to escape into Resiam Outskirts, where the El Search Party found him.

Return to the Demon Realm

After the events of Hamel, Ran fled with Helputt in tow. Ran has chosen to abandon any part of the Demon Invasion due to Scar's change of plans.

Some time after the El Search Party first reached the Demon Realm and their approach toward the Red Demon Territory, the possession over Helputt weakened, allowing Helputt to break free of his control. The guardian fled, taking a young demon, one of Ran's subordinates, along with him.